Experimenting with a new format.  WUF!  The idea is to have a mix of content here, some weird, some useful, and a bit of fun at the end.  This site is, after all, HAPPY wisdom. So let’s get to it!

Okay, the weirdest story I saw online this week has to go to the guy who almost died when a fish swam down his throat.

Do NOT Try to Kiss a Dover sole 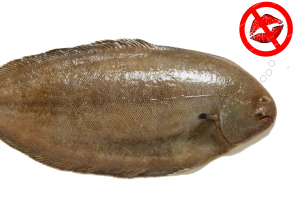 According to the several media channels, in a 28-year-old’s man’s life was in jeopardy after he stopped breathing for three minutes after the six-inch-long fish stuck in his throat.  This event, while funny only because he survived, sounds insanely harrowing:

“Using forceps I was able to eventually dislodge the tip of the tail and very carefully, so as not to break the tail off, I tried to remove it – although the fish’s barbs and gills were getting stuck on the way back up….Eventually, after six attempts, the fish came out in one piece and to our amazement it was a whole Dover sole, measuring about 14cm in length.”

Mr. Box added: “This story just highlights how important it is for friends or bystanders to step in and start CPR when someone’s heart has stopped.” Weird, and good news for sure.  (Yes, I did check Snopes, this is for real. Check out the article here. )

There is a lot of great resources out on the Web to encourage you, to make you better, or to make you feel worse by comparing yourself to some artificial standard.

It turns out that we’re not all so different, and as humans, we need to address eight different areas of our life. If we can find time to visit each of these dimensions you will likely uncover where that issue is.

Here are the eight:

There it is, in short. There’s a nice little video on it, below, and I’ll likely aim some future HappyWisdoms at this list.

Like many trends, I initially disparaged the Fidget Spinner as a useless device that isn’t that satisfying. However, after playing with some of the higher-end models, I have to say its fairly entertaining. It’s not only me – apparently, the guys floating around in space found the time and space on their spaceship to make room for a Fidget Spinner.

What’s super interesting is it looks like the angular momentum from the fidget spinner can be transferred from it to the astronaut. The raw power of physics is made even more interesting in zero-G environments.