Though nearly everyone alive in the US recognises this man as a villain from Star Wars, most don’t know his name. This man is Peter Cushing and he played Grand Moff Tarkin in the 1977 groundbreaking movie Star Wars. As you might be aware, Tarkin appeared, relatively unaged, in the latest release of the franchise, which is pretty good since he had died over a decade prior to that movie!  I gasped when I saw him. It was, as far as I know, the first digital resurrection of an actor.

Filed under the category of WEIRD, I give you the burgeoning field of digital avatars. In an astounding feat of technical prowess and with the full permission of the Cushing estate, this man was digitally inserted to reprise his role of Tarkin in Rogue One.

The latest edition of Wired.com covers the ever-improving technology of mapping people’s video to things they didn’t do or say. In an era of fake news, this obviously presents some challenges. In the very near future, they’ll be able to edit voice and video as easily as we can modify photos in photoshop today.  This isn’t just for high-budget movies. This tech can possibly make the Fake News issue much worse if we don’t take the time to understand it.  Check out this – just watch the first few seconds and you’ll see where this is going.  You will agree that it is weird and somewhat worrisome. Knowledge is power!

USEFUL –  Great resource for HappyWisdomers –  I have an excellent infographic to share with you from my friends over at PositiveHealthWellness.com.

As you might know, I’m a HUGE fan of the Ketosis lifestyle (not diet) and I can personally attest to the accuracy of this chart. I avoided the bad breath by 1) always drinking coffee, which is different, and 2) having gum in the car. No biggie! I’ve written a good deal about this lifestyle, but let me touch on some of the points here.

#2 is obviously the big one – lose weight! I am TERRIBLE at this diet, but I still have lost over 20lbs. I intend on getting more serious next year (it is a lot of work in food choices, etc.)

#5 is 100% true and amazing. Since you’re eating fat, you find yourself full far more often than on other diets. I love sugar, so its hard, but I can always tell when I slip out of Ketosis. I’m hungrier and my stomach misbehaves more (bloating, etc.)

For numbers 8-10, I have to say it wasn’t that bad. I use MCT oil for the energy thing, and my digestion has never been better.

Karen Reed, the creator of this and many other awesome infographics, has a great write-up about ketosis and 15 great recipes.

Check those out here.

For the last few years, my youngest son and I have tried our hands at copying the Grand Master of pumpkin carving,  Ray Villafane of Villafane studios.  Now, before you see these things, just know that its MUCH harder than it looks, and don’t try any of it with “standard” tooling. What you’ll need are clay carving tools to get anywhere close to what he’s doing.

Below are my favs, and our latest attempts. 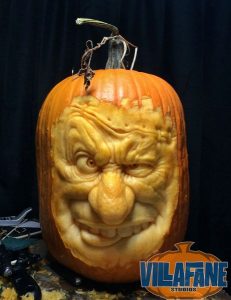 Okay, now here’s mine and my son’s. Remember – harder than it looks 🙂 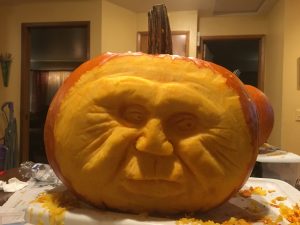 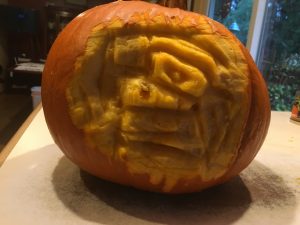 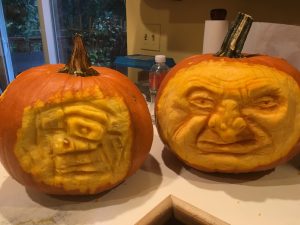 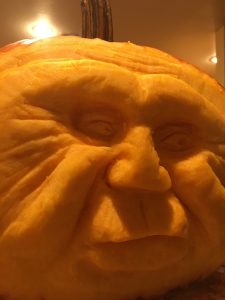 That’s it for now – thanks for reading, and if you have any designs for pumpkins, send them in!