Weird – the Sound from the Deep

Greetings everyone, for a new installment of Weird Useful and Fun!

Under the weird category, I have a very creepy thing for y’all to listen to.  It is a sound that researchers heard in the ocean, and despite analysis by universities and even the cryptologists in the US Government, no one knows what this is.  A sound only Steven King could appreciate…

Life extension has been a very hot topic for, well, forever.  Herodotus was among the earliest accounts of a fountain of youth, the 5th century BC.  Check out this quote:

“The Ichthyophagid then in their turn questioned the king concerning the term of life, and diet of his people, and were told that most of them lived to be a hundred and twenty years old, while some even went beyond that age– they ate boiled flesh, and had for their drink nothing but milk. When the Ichthyophagi showed wonder at the number of the years, he led them to a fountain, wherein when they had washed, they found their flesh all glossy and sleek, as if they had bathed in oil- and a scent came from the spring like that of violets. The water was so weak, they said, that nothing would float in it, neither wood, nor any lighter substance, but all went to the bottom. If the account of this fountain be true, it would be their constant use of the water from it which makes them so long-lived.”

I’ve always felt that the earth has some substance that would make us live longer, but our searches have proven futile. Now science has gotten serious at looking at aging as the disease, rather than the diseases themselves, which I think is an important use of root cause analysis. Better yet, they seem to getting somewhere.  There are three dimensions they discuss – Stem cell injections, NAH+ boosting, and elimination of so-called zombie cells that refuse to eliminate themselves. This may not mean having people live to 120 years or beyond, but it might mean that our time during the last two decades of our life will be more healthy.

But what if there was a real fountain of youth?  What if we are really gaining on the age of longer, healthier lives?  There are two resources I’d like to point you to. First, the video from the awesome guys at Kurzgesagt.

This relatively new perspective on science is being cataloged in a few places, but the latest and one of the coolest is Lifespan.io, who advocate for life extension. The site is an excellent resource for those who want to look into serious treatments while removing the snake-oil salesmen. Caveat Emptor, my friends!

The fun has to come down a quick shout out to my friends at Blizzard Entertainment. This convention is somewhat amazing in that its ONE company demoing their product line of games. What’s even more amazing is that this conference is at the Anaheim convention center, which is the largest convention center on the west coast at over 1.2 million square feet. Whats even MORE amazing is that this thing sells out in a few minutes. Does this make it bigger than PAX? I’m not sure.

Look at the below image. If you don’t know, this is called Cosplaying, and ALL of these people are characters from the games that Blizzard produces. It is an inspiring story to hear how the company got started from some of the folks that did it and still work at the company. 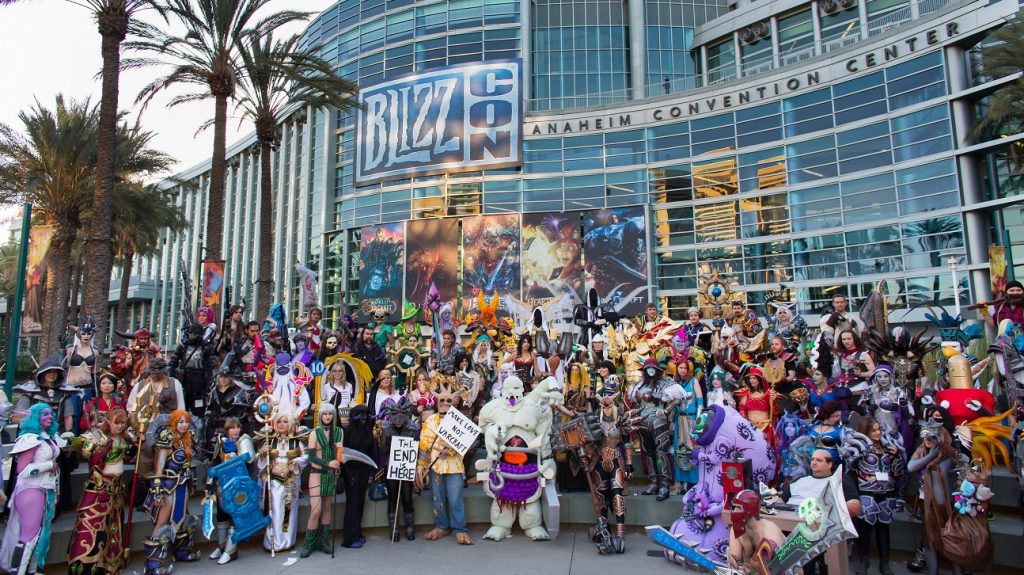 Finally this – As I’ve attended this years Blizzcon virtually, I’ve watched some amazing artist. I found this awesome  Laurel D. Austin, a principal artist at Blizzard, who posts great images like this one here.  This image is from the game Starcraft, hilariously called Cuddling with Zerg ( the little creatures next to her).   If you want to see more about this conference, rush over to Blizzcon.com . 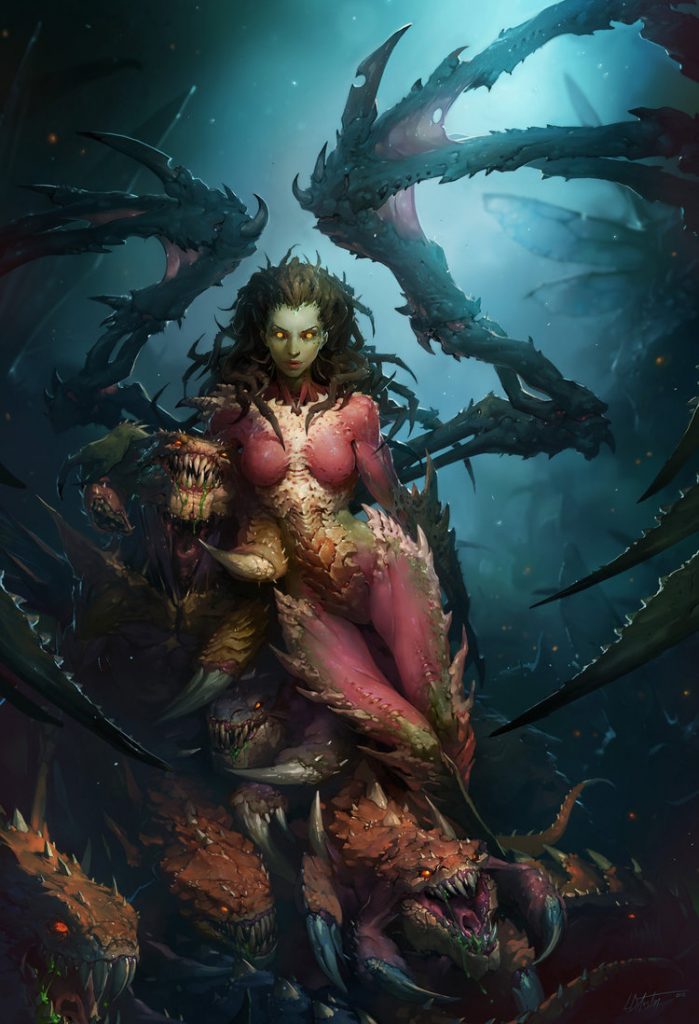 That’s it for now folks! Have a Weird, Useful, and Fun Week!