In the Weird category, you HAVE to see this.  This video is the now well-known-at-least-in-geek-circles robot Sophia. Sophia has been on the robot scene for a while.  She’s modeled after actress Audrey Hepburn, and is known for her human-like appearance and behavior compared to previous robotic variants. Let’s check out that comparison real quick: Umm…not there yet on the looks department.  I’ve seen this robot many times, and each time I wonder why they haven’t invested in a nice wig for Sophia. Clearly this a bunch of dudes running this show, but I digress. Sophia is quite remarkable.  According to the manufacturer, David Hanson, Sophia has artificial intelligence, visual data processing, and facial recognition.  You have to see that in action to appreciate it.  The thing that makes Fallon so awesome is that he’s authentic, and though he didn’t say it, he’s clearly a bit freaked out by this exchange.

We’re all thinking about it…admit it – you want one of those new shiny phones, and wondering if dropping serious money is worth it.  I’ve searched the Interwebs and Tom’s Guide has the best comparison out there. My question is really simply this – when did a phone become as important as a computer? Pretty nuts, but that’s where we’re at.  I mean, in a way we’ve lost some ground on this tech for the tyranny of fine design. The removable batteries and the SIM cards were awesome features, and it’s pretty clear its a money grab to not have either in modern phones.  Here’s a couple of snippets of particular importance:

Ignore camera megapixels. Along with battery life, the camera has become the most important smartphone feature. Pay attention to specs such as aperture (lower numbers are better) and special features such as dual lenses and optical image stabilization. Ignore the megapixels. See the Best Camera Phones for our top picks.

How many screens have you broken in your time?  I say Moto is coming back, considering the  Moto Z2 Force,  is the first to boast shatterproof glass display. But at the very least, you should shop for a phone that has a Gorilla Glass display, which should protect your device from short drops (though a protective case will help with that, too).

iOS is easier to use; Android gives you more choice. If you’re torn between iOS and Android, opt for an iPhone if you want something that’s easy to use and gets both the hottest apps first and the timeliest software updates. Android is better if you want more hardware choices and more affordable options.

I’m a big fan of  Blade Runner 2049 – I can’t understand why it wasn’t a blockbuster.  However, if you’re with me and LOVE that movie, check out Wired.com’s editorial on it.  From that article is this chart that gives people a guide to movies and their dystopian topic matrix.  Also, if you want to know if you’re like Sophia (aka a replicant), click here for a quiz Are You a Replicant?

Here’s to hoping you’re not a Replicant! 😉 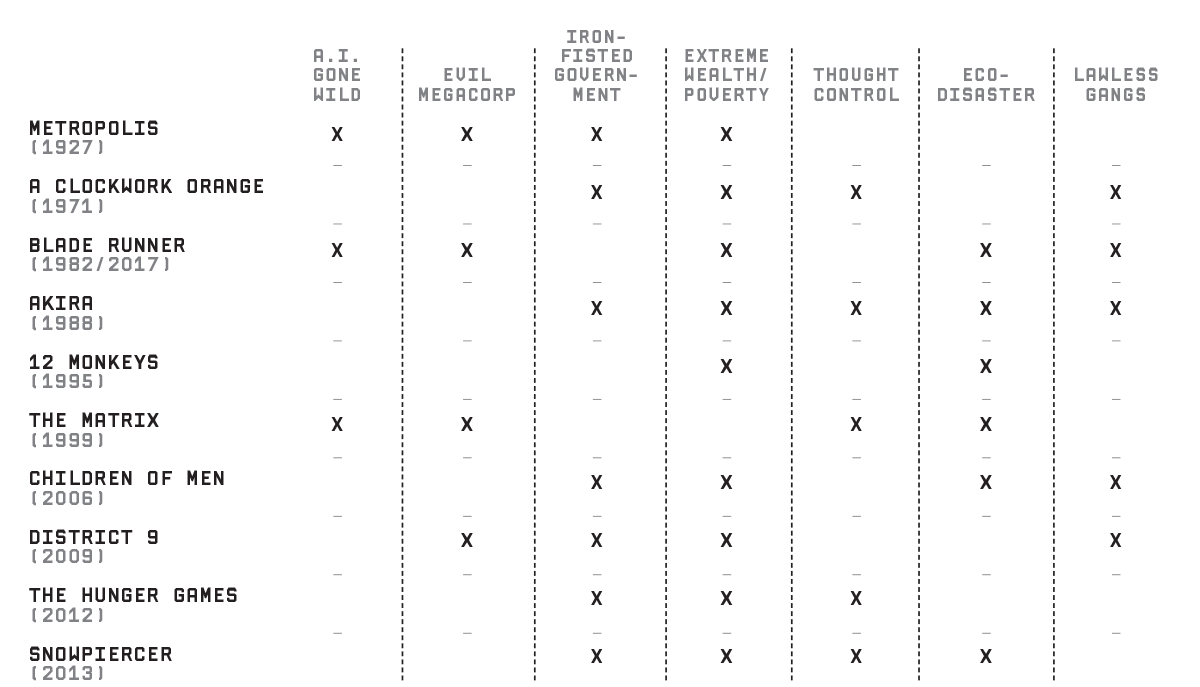