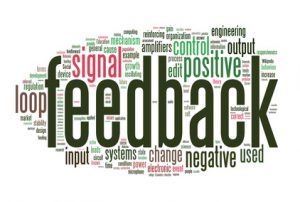 Happy Week 12!  Say goodbye to March and its Madness. For this week’s update, we discuss the importance of feedback. Without high quality feedback a person will simply not grow. Adaptation cannot occur in its absence, regardless if you’re a person or an ecosystem. For people trying to improve themselves it is a must understand the types of feedback that exists so that they can leverage it to their highest effect.

The problem often isn’t a lack of feedback. Anyone can give advice and people often do so even without prodding, so the challenge is to be able to filter the advice so it helps you. This does not mean that feedback needs to be unicorns and rainbows, but it does mean that it has to be constructive. We’ve all heard of constructive criticism, so why is it so rare? From whom should we be seeking feedback? How do we choose the feedback we get?  I heard a story from my wife about a piano student who did not get great feedback on exam that she was taking to move up a level in the studio. This was an advanced student who loved music, and the feedback was awful. The cretin questioned her fundamental abilities, and provided nothing she could launch from. Nothing to build on. It was devastating.

Let’s evaluate the four types of feedback and some advice on how to deal with it when it comes: 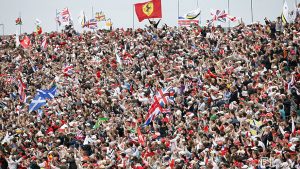 This could be a comment on a website, a snide remark in a school cafeteria about your clothing, or something about your physical characteristics.  If these are negative, they can be very impactful. Even if it’s positive feedback, you can’t hang your hat on it too much, especially if they’ve seen your face. There was a test to see if people could judge who would win elections based on just a picture of their faces and the folks were accurate more than 70% of the time.

Strengths:  We need the scale of strangers.  It is from the masses that we identify our tribe in the Internet age. We all need strangers, because we’d eventually like strangers to become friends. If we’re creators, we want our fans to love us, since they are our source of power/income.

Weakness: You can’t take what a random stranger says too seriously since they might just like your eyes.  Fandom is a fickle beast that can turn on a dime if you do something true to your heart but too far outside of their expectations.

Advice:  Look for patterns. If there are a bunch of people saying the same thing over time, you should check it out to see if it’s real.  Secondly, limit your diet of this sort of feedback. That is, spend maybe an hour a week reading comments on YouTube or your blog, etc. Do this session with the right mindset, when you’re confident, well rested and ready to search through a lot of mud to find the gold nuggets. Finally, always thank people when they do feedback right.  It’ll encourage others to follow suit.

Families are the best. I mean, allow me to get sad for a minute here.  I’ve lost both of my parents already.  They were in their early 50s and 60s, and so I know what it’s like to not have Mom and Dad around.

Things may not be perfect with your family, but understand it is here that you have your strongest advocates. They have your back and are excellent counterbalances to other Types of feedback. They know your story and have seen your growth as an artist, mathematician, or athlete.

Type II Strengths: Family and close friends are the type, as Brene Brown says, that “will help you hide a body.” They will tell you their truth, unvarnished, from their perspective.  This is where your core strength can come from.

Type II Weakness: Families carry baggage.  Mom and Dad may not give critical feedback that is needed for growth.  If you can’t draw that well, the odds are that Mom and Dad aren’t going to be the first to crush your Artist dreams. Family feedback could easily lead to the American Idol complex if the right voices aren’t present.

Advice: Understand that even if this source of feedback is critical, it almost certainly comes out of a place of love. Consider leveraging this invariably positive source of feedback against other Types that tend to be more negative and less constructive.  You know your parents and friends – are they critical? Are you hearing the truth from them?  Only you can decide in the end what you retain.

This could be a football coach, a judge on American Idol, a Life Coach, or a panel of billionaires on Shark Tank. They know your domain better than you, and have possibly done it all. They could even have been a CEO, an angel investor, or a head of a venture capital fund.

This is the type we mostly associate with feedback. It’s borne of the concept of the gatekeepers, those who hold the key to our future. It’s Bill Belichick on the sidelines scowling at his near-perfect Patriots, or Pete Carroll beaming like sunshine at his often-imperfect Seahawks.

You might think this the very best level of feedback. They know this stuff, right? If the five gagillionaires on Shark Tank don’t think you have a hit, well, you probably don’t.

Of course, believing in The Expert is a terrible strategy. In his recent book Outsiders, Adam Grant claims that experts are often blind to truly original ideas. Grant tells of the famous show Seinfeld, considered by many as one of the most important shows ever.  Yet, did you know it almost never made it past its first season?  It had a very, very poor review from the experts and had a horrible showing in front of test audiences (Type I feedback).  I don’t want to spoil the story for you. Suffice it to say, the guy who saved it didn’t even work in TV comedy but had an eye for new ideas.

I found Grant’s other story even more surprising. It was about the Segway and how Steve Jobs, Jeff Bezos and other powerful men gathered around the invention and thought it to be potentially “bigger than the Personal Computer.” Bezos went onto say, “You have a product so revolutionary, you’ll have no problem selling it. The question is, are people going to be allowed to use it?”  Paradoxically, experts in technology were too far askew from transportation to see the problems, but those who evaluated Seinfeld were too close to their domain.

Oh, and those Shark Tank guys – they’ve missed plenty, including these four ideas and these thirteen ideas that couldn’t get to a good deal, and are all million-dollar businesses now.

Even Tom Brady, the current GOAT of NFL Quarterbacks, had a very challenging career, and struggled to get any playtime in college and the NFL early on. He is considered the greatest steal in the history of the NFL draft, aka, another miss by the experts.

Type III Strengths:  They have domain knowledge and if they like your stuff, you could be set. Ultimately, it is their positional authority that will get you on the field, so if you can impress them, do so.

Type III Weaknesses: If taken too much to heart, Type III feedback can really take out your mojo.  It was told that Brady had to have therapy because he wasn’t getting enough playtime in the NFL before he became the starter for the Patriots.  It takes a lot of psychic energy and some intestinal fortitude to push against overly critical feedback from this crowd, despite evidence that shows that they’re as often wrong as they are right.

Advice: If you’re doing creative, cutting-edge stuff, don’t pay this group too much heed.  Take what they say as another group of strangers, perhaps important strangers, but nothing more. Experts are an incredibly useful source of feedback, but guard your heart – negatives hit as hard as ten positives from this group.  Don’t ever give up after getting hit by a Type III. 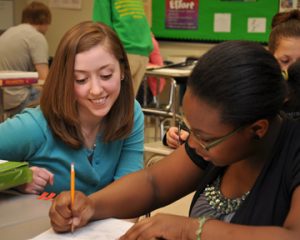 Peers are those in your career path, those who are around you and are generally at your level.  Surprisingly, Adam Grant claims that this form of review can be the most accurate in the terms of predicting success. This type of feedback has components of family- since they truly are with you in a shared career- plus a different perspective, without the Expert mindset Type III influences.  This type of feedback can be seen as the true porridge of feedback – not too hot, not too cold.

Type IV Strengths:  People who aren’t putting on the hat of critic tend to view your craft with a more open mind. This will often be more generative feedback since those who are peers are likely feeling empathy for your position because they’re so close to it.

Type IV Weakness: They’re peers – this means they haven’t been there. They don’t have the wisdom of being there and do not hold the keys to the kingdom like Type IIIers do. Finally, if they’re friends, they could be a bit too easy on you if you don’t prod them.

Advice: Grant tells us that we should be looking for peers with some diversity of experience. Pick those folks who have traveled a bit, or even lived abroad, or have done work in other industries. A diverse mind will mean that your peer will be more apt to pick out good work that doesn’t quite fit the mold. Finally, there are courses online that teach how to give feedback constructively. This could be an excellent team-level growth exercise.

Feedback is a big issue. Humans are social animals and crave the acceptance of their peers and seniors. This post covered the uses of feedback by considering the types that you might see out in the world. Knowing these types before you go into a critical situation will allow you to position your heart and mind to gain from the feedback.  Seek feedback from all four types, and you should start seeing patterns among them.  By choosing different types of feedback you’ll ensure that you’re not falling into the American Idol syndrome, or worse, thinking you can’t sing when you can.