Those who have ever dropped off a kid at a college or had one leave home can understand immediately what I’m talking about.  My son has entered his own path, and though will return, is clear that this “spreading their wings” thing is going to continue.

I wanted a term that represented what I was experiencing. I know it’s not a tragedy, him leaving, but a wonderful story of a boy turning into a man. This is a good thing, I told myself, all the while it felt like a knife in the throat. And yet it hurt like I was sticking my finger in boiling water. Also, with this major milestone, it does signify that I’m not getting any younger. I wondered – do we simply weep for our own mortality?

I also am aware that this “tragedy” of a kid leaving is not a real loss. He’s alive and well. We just facetimed and he’s doing great. So this isn’t a real loss. Real loss is when you can’t replace it when it doesn’t return. When it’s gone. When something leaves this world and can never, ever come back.  In Westworld they determined that it may not even be real if it’s replaceable.  That is – “That which is real is irreplaceable”.

So while I didn’t lose my son in toto, I lost the small interactions, the daily visuals, the funny anecdotes. I lost the power to protect him. It’s a partial burden, but most parents have versions of their children running inside their minds. We all create models of each other. That’s how we can say “I don’t think Dad is going to like this.” or in the Christmas Story when mom says “you’re going to shoot your eye out.”

Now think about that term – parent of a kid who’s left.  SUPER awkward, right? Of course. So I came up with two terms, mors minima and picolla morte in Latin and Italian respectively.  They translate basically to tiny deaths and avoid the sexual connotations of the popular phrase La petite mort.  I went with picolla morte since latin can be seen as pretentious and mors minima sounds too mathematical. Picolla morte rolls smoothly and pays homage to my Italian heritage.

My picolla morte of my kids growing up will involve some sort of evolution. We die small deaths and are reborn from them until the real death or disablement comes for us. I’m not a big proponent of Nietchze’s what does not kill us makes us stronger argument. It’s too simple, too easy to justify any hardship without compassion. It’s not real.  I lose an arm, I’m not stronger than when I had two. Not necessarily. I might become stronger through willpower and effort, but the amputation didn’t make that happen. My soul and determination, my character, and not all make that leap.

Picolla morte recognizes our loss, the tiny cut that scabs and scars over, leaving us changed. It reminds us that letting go is a major skill set in our time-based reality.  Learning from our picolla mortes is critical while acknowledging its sadness.

I was lucky enough to have prepared a bit for this picolla morte. I am starting to feel lighter as we find the new normal. Having a term for it will allow me to discuss it without feeling overdramatic.

What picolla morte’s do you find in your life?  I would ask if there were any tips for getting through yours, but I know the only salve for the wound of a picolla morte – ironically it is Time.  It is Kronos that takes it away in the end, but until then, gives us healing of distance and perspective, bringing Frost to mind: 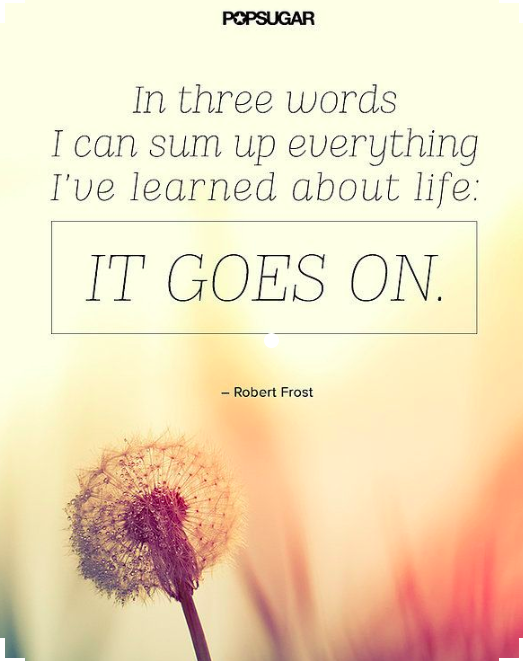 So all cheer the birth of a new phrase:

“Picolla Morte”  – a phrase that denotes a small painful loss experienced, along with the acknowledgement that there is a positive effect in that loss. Usage: “After dropping my son off on his mission trip I felt terrible picolla morte, though I’m starting to feel better.”