PeeWeeToms is a YouTube channel that chronicled the life of a British man, Dan Thomas, that struggled and eventually lost his battle with a super aggressive form of cancer. He was 32, and he vlogged until the within 48 hours from his end, from the hospice bed. He and his family showed and continue to show incredible courage, staying in touch with his >100k subscriber base. It’s so touching.

Check out their tribute video to him here, and where I find the most obnoxious troll in the comments.

Now, since his story hit the mainstream media, a lot of folks have been commenting. almost 100% of them are awesome positive life-affirming comments.

These are sweet too… 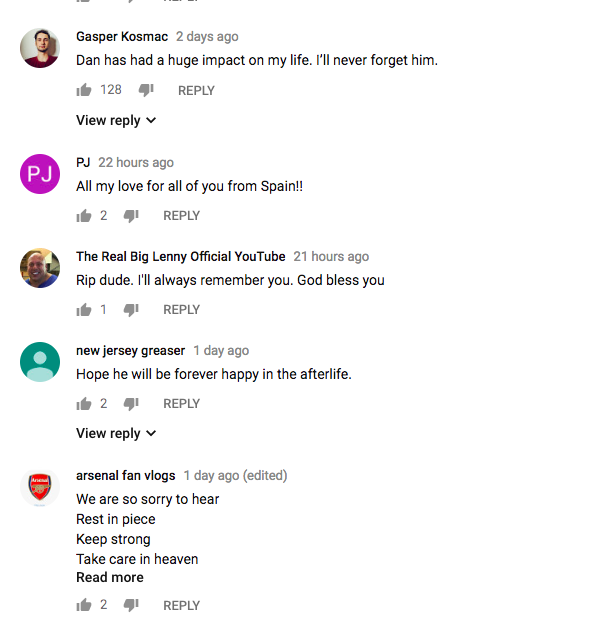 So much love. It really does make the Internet worthwhile. Of course, then there’s this guy, Mr. Militant Atheist:

This is outrageous, you see, since if this guy was a real fan of Dan’s he’d know that his mother claims her faith as one of the things that have gotten her through this ordeal. She continually wears a cross. Never mind the thousands of quotes from people of all faiths giving their best to hope that Dan will continue in some way. As far as Dan not being a believer…I’m not sure if my faith would be there if I was riddled with this horrible disease, either. Nuff said about that.

The point is this guy here is a perfect example of a troll masquerading as a defender of Dan. Instead of a berating him, which would be easy, I’m offering my Quick and Easy Quiz “Am I Being A Insensitive Troll?” 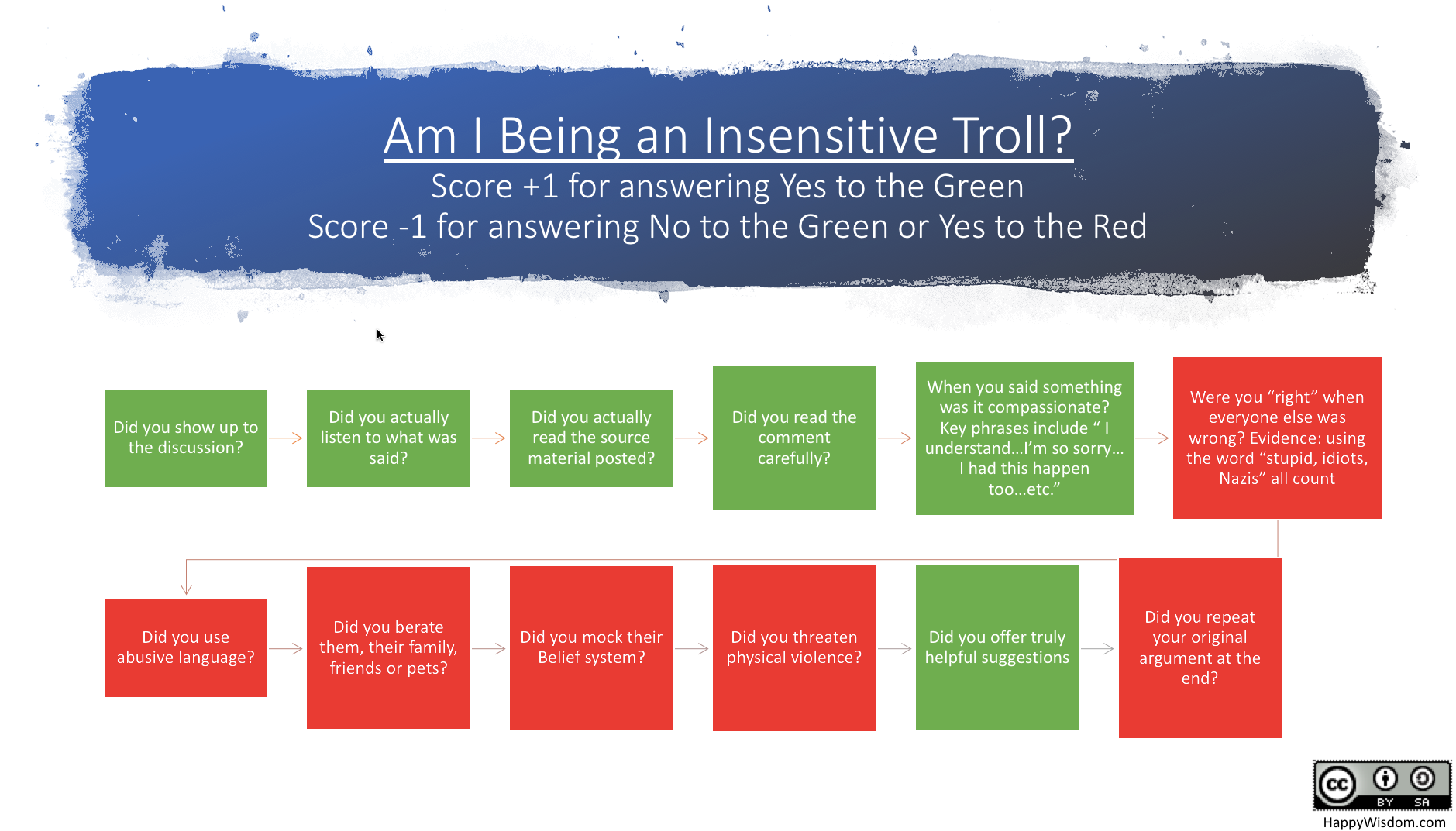 It’s reasonable to say that if you score over a 3 on this test you’ve failed, and you are, at least at this moment, acting like a troll. There’s probably more to this quiz, other dimensions I’ve missed, so please take it up from here and suggest additions.  For keeping score, our Militant Atheist is looking like he scored about a -8 to me, so he’s now officially a troll.

Let me know what you think of our little quiz here and please pass it on!

As for Dan and his family and all at PeeWeeToms, I’m so happy I ran into you when I did, and so sad that you’re gone. I do expect we’ll meet again somehow!

See – this is CREATIVE COMMONS – you can share it! YAY!